Anyone and Everyone is Epic 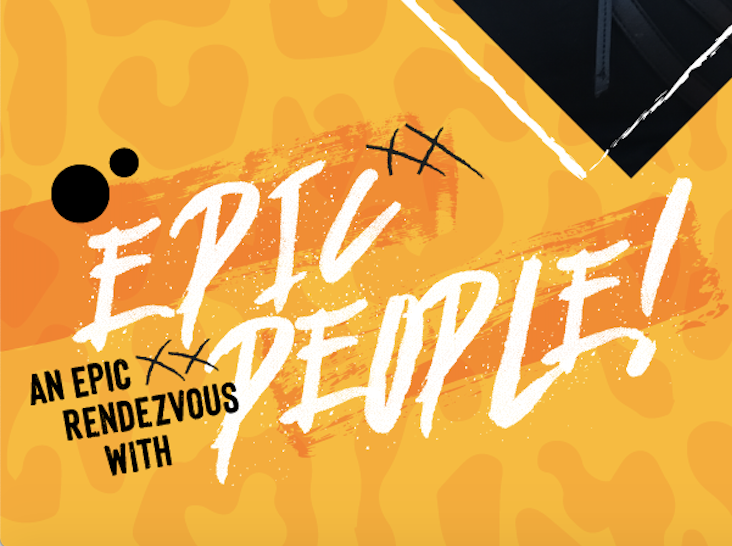 What does it mean to be Epic? It’s a question we’ve asked ourselves often. From the moment we had the idea to launch an adult summer camp, people have asked, “What makes it Epic?” to which our response is usually: “Come and find out for yourself.”

To some, that mystery is exciting. To others, it can be off-putting. We live in a world that does not readily welcome all walks of life. It’s a world in which being yourself is not always supported or encouraged. The Epic Rendezvous aims to be a place that stands apart from these ideas. We aim to be a place where anyone can come and be a kid again. Anyone and Everyone.

Our camp, our little paradise on earth, is designed to be an escape from adult life. Whether you’re escaping from work, from your kids, or even from society itself, it doesn’t matter. Because in the end, there’s only one thing that makes this little paradise truly Epic: You.

For three days and two nights, we all forget about the responsibilities and problems that life throws at us. We climb walls, we swing on ropes, we throw axes, and shoot arrows. We sit by the fire and drink cold beer, we sing songs and we tell stories. We meet people who have nothing in common with us. And we realize over the course of those three days and two nights that we actually have everything in common: we’re all Epic.


ANYONE AND EVERYONE. FROM ANYWHERE AND EVERYWHERE

38 year-old Nadiya is from Dallas…and she’s Epic. She’s married to her husband, James, who is attending the Epic Rendezvous with her. She’s a mother of two, and those two beautiful kids, along with long hours at a design agency, wear her out. It’s time for her to let go and let loose for a few days. She loves any romantic comedy with Julia Roberts, and she enjoys secretly changing the channel when James is watching sports. She loves eating slightly frozen chocolate chip cookie dough, but she likes her margaritas to be room temperature. Some might call that a little strange, but we think of these things as the intricacies that make her Epic.

Martin is a 59 year-old single gay man from Tuscon. After seeing an ad for The Epic Rendezvous, he sent a text to a group chat titled “Old Gays” which is comprised of, you guessed it, gay men who love to have fun and live life like they’re 21 again. The response was unanimous, and Martin and his crew are making the trip to Austin for the most epic of rendezvouses. He’s looking forward to bottomless mimosas and canoe rides down the river with a beer in hand. But what he’s most excited about might surprise you: Pool Jousting, Arrow Tag, and Keg Kickball. He’s an adrenaline junkie, and he’s not gonna let any 20 somethings stop him from winning all the prizes that are up for grabs. You might not label him as a kickball star just by looking at him, but after all, that’s what makes him Epic.

Keyona is a 24 year-old who labels herself as a “Queen in the Queen City”. Hailing from Charlotte, North Carolina, she’s making this rendezvous on her own. Things have been a little stressful recently, so she’s looking to escape for a few days and live it up as a “Lone Star Queen in the Lone Star State”. As someone who’s been a dancer her whole life, she is really looking forward to the nighttime performances, during which she intends to do some performing of her own. Charlotte just doesn’t provide her with many opportunities like dancing with the Lefevre Darlings, so she’s going to take full advantage of that. Stealing the show? That’s Keyona’s what Keyona is all about. She’s all about Epic Times with Epic People.

Regardless of your reason for coming to the Epic Rendezvous, you are welcome. We are a family of diverse people from every walk of life, and we love to live life to the fullest. We know you do too, and that’s why we’re so excited to host you and your friends at our little paradise on Earth: adult summer camp. See you in April, and remember:

When you’re here, you’re Epic…and you always have been. You always will be.